End The SE On A Good Note 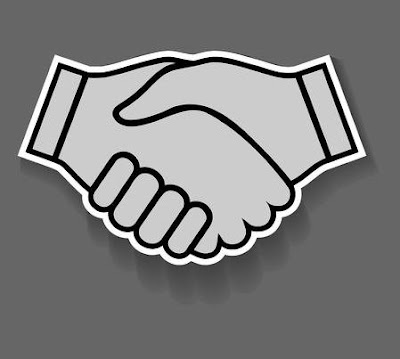 Be Sure To Always End Every SE On A Good Note.

In the complex world of exploiting the human firewall, there are an array of things to consider In order to get the job done right- some are within the control of the social engineer, and others are Inevitably experienced due to unforeseen circumstances. Be It SEing Individuals to grab their confidential Information, or online stores with the Intention to make a profit by manipulating the representative for a refund on an Item you don't have to begin with, there will be some degree of difficulty Involved. To help avoid this and ensure that the SE works In your favor, there are "four elements that must be put In practice" with each and every SE- namely "research", "preparation", "execution" and "ending", all of which run In chronological order and used respectively. For the purpose of this article, I'll be referring to SEing online retailers to the likes of Amazon, Currys PC World, ASOS and so forth.
If you've been In the scene for a number of years and have reached an advanced level, there's no doubt that you'd be very familiar with, and Incorporate the first three elements, but have you given much thought to "ending the SE on a good note" right after you've been told that your claim was approved? I'd say It's safe to assume that your answer Is "no" and the cause for that, Is probably because of the reasons I'm about to mention. In all my years of social engineering (three decades to be precise!), seldom have I come across SE'ers who put "the ending" as part of their SEing toolkit. And then they wonder why their claim that was originally approved, was later declined for no apparent reason. This could be due to so many possibilities, one of which Is how the very last conversation between you and the representative came to a close.
For example, let's say that you're In the middle of a very lengthy and messy claims process, whereby you're being passed aimlessly from one rep to another, as well as shooting off emails without receiving a single reply and your chat sessions are prematurely terminated. You then finally receive confirmation that a refund will be Issued Into your account, and your response to that Is: "About f**king time you c*nts. hurry up and put the money In". Or alternatively, you've said: "You're an easy target thanks for the cash". How do you think the rep will react? He certainly won't be happy with your first response and If you used the second one, It would've definitely raised suspicion. Either way, he can reverse his decision and disapprove your claim on the spot- without having to justify himself. There's no question that you've well and truly realized to "end the SE on a good/amicable note". All It takes Is to simply say: "thank you, have a nice day". All In all, It's your win and their loss.
Key Attributes