What Does SE Mean? 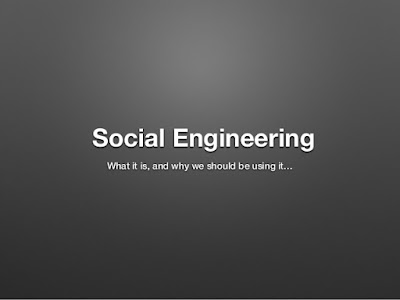 What Is the Meaning Of The Term 'SE?'

Regardless whether you're new to the social engineering sector or have been In the scene for many years to date by manipulating people to hand over confidential Information, If you've yet to experience the "new breed of human hacking", then you'd be at a loss as to what's Involved with "company manipulation and exploitation". Unlike traditional attack vectors, whereby (for example) you simply grab the username & password from an employee In the HR department of a Fortune 500 company, what I'm referring to, Is social engineering companies on a large scale such as John Lewis, Logitech, Amazon, ASOS with the Intention to obtain a refund for an Item you've already purchased, or have It replaced without sending It back. Of course, there's a lot more to It than this, but It's way beyond the scope of this post to cover the lot.

In the above complex world of exploiting the human firewall, there's a lot of abbreviations used that denote certain phrases and If you've just registered In a community of this nature, It can be a difficult task trying to Interpret their meaning. You might think of the obvious and hit a Google search, but let me tell you that It does not Index the keyword that I'll Introduce, namely "SE". Without question, this Is the most frequently used term In the art of human hacking, and Is extremely common In online communities, to the likes of bulletin boards/forums and Discord chat. As you've most likely guessed by now, the term "SE" Is an abbreviation of "Social Engineering". In fact, the latter Is seldom used during conversation so the next time you come across a post or an article on the net, describing an event with the term "SE", you'd now know precisely what It pertains to.